Why you should consider a Foreign Languages major 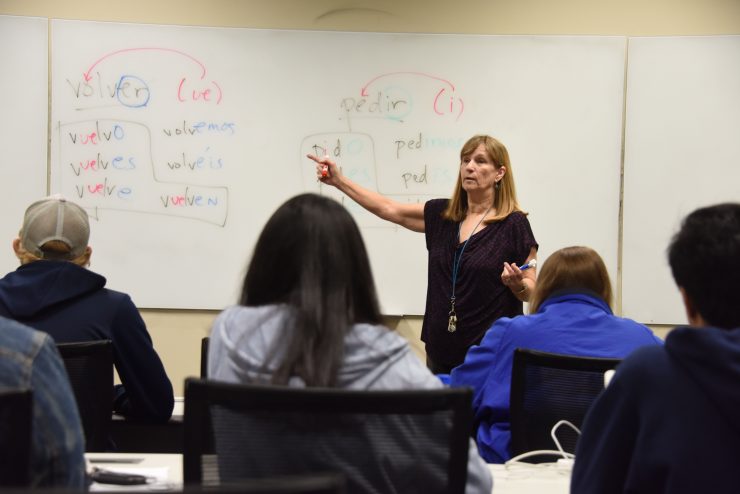 Foreign languages are becoming increasingly less “foreign” and increasingly more a part of everyday life for millions of people, no matter your nationality. Dr. Jana Sandarg, professor of Spanish at Augusta University, agrees. “If you learn a second language and culture, you are the equivalent of two people! Why? Because you will see the world through the second language and culture, which is quite different from the first world you know. The notion of ‘two heads are better than one’ applies here. Two languages and two cultures are much better than one!”

Many Americans now begin learning a second language as early as first or second grade, and if you’re from a multicultural family, it’s quite possible you have grown up bilingual. This is an important skill in today’s world, not only from a self-marketing standpoint but from a personal betterment standpoint as well. “Knowing another language and culture makes you more accepting of differences and other viewpoints. If all we know is Georgia, we naturally assume the whole world is like Georgia- that we all have the same values and opinions, that we all think alike, that we all have the same goals and ambitions. Our notion of courtesy and politeness can be drastically different from those of other cultures. This is a shocking truth for monolingual Americans to accept,” says Dr. Sandarg.

For some students, the love of language learning translates into a desire to acquire more knowledge and express their passion for cross-cultural communication. For others, language captivates their technical side in fields like linguistic study and anthropology.

In the incredibly competitive and globalized job market of today, many employers either give top priority to applicants who speak a second language or make second language knowledge a requirement for application.

With a foreign language major or minor, you can have the opportunity to both expand your cultural knowledge and technical skills and make yourself a more marketable job applicant.

Though a foreign languages degree is useful in nearly every field, there are many career paths which directly use your language skills.

Some specific areas where your knowledge would be incredibly useful are:

Augusta University offers a Foreign Language major with concentration options in French or Spanish with options for teaching certification in either. You can also minor in French, Spanish, or German. Augusta University also offers elementary and intermediate classes in Arabic and Chinese.

Dr. Sandarg highly recommends participating in a Study Abroad program that aligns with the language you are studying. “To be truly challenged, our students need to travel and/or study abroad to learn firsthand about the cultural differences. It’s easy to read about them here in the States, but quite another matter to experience them firsthand in the other culture… I can tell them repeatedly how different it is in Spain, but actually experiencing it themselves is a different thing. Students studying in Spain have to adjust to the professors and the classes, not the other way around. It’s an eye-opener.”

Majors or minors in this field pair well with almost any other discipline, from the hard sciences to business to English education. There is no field in which speaking a second language would not be useful, even if it isn’t required.

Dr. Sandarg offers one last bit of advice for those considering a foreign language course of study. “Take one class a term so you always have a foreign language class every semester, to keep you on your toes and involved with the language and culture. Take a variety of classes. Also, take advantage of all the outside experiences offered by foreign language clubs. Finally, seek out native speakers, make friends with them, and practice the language with them. We have a lot of international athletes on campus. Be their friend!” 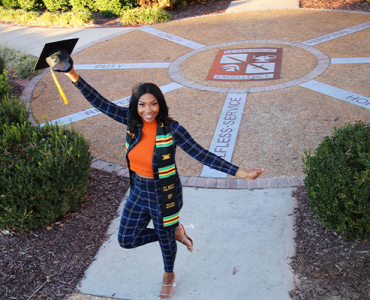 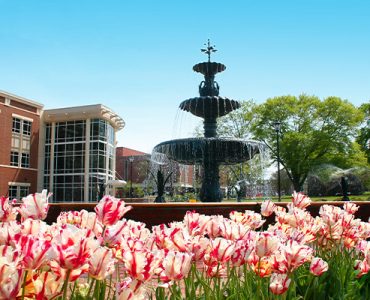 The Office of Academic Admissions works to meet the University System of Georgia and Board of Regents specific enrollment targets for both undergraduate and graduate programs. We strive to recruit a vibrant and varied student body, offer quality services and programs, and grow enrollment as we position our university as a destination of choice for education, health care, discovery, creativity, and innovation.

View all posts
Admissions anxiety (and more importantly, how to relax)