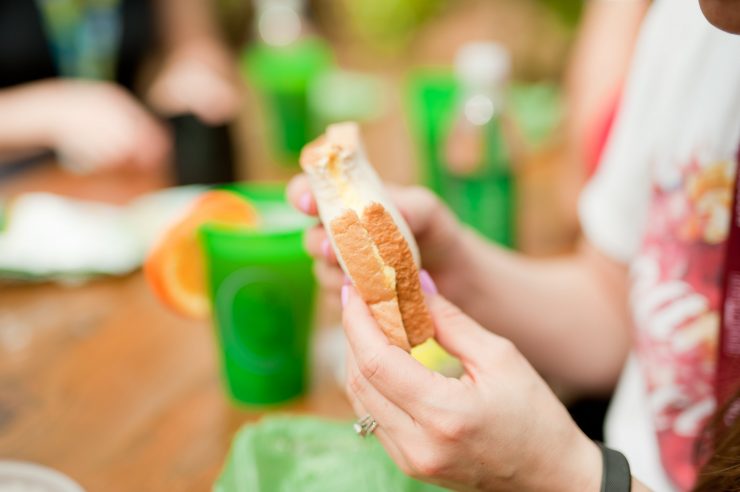 Maybe it’s time to go on a spring break adventure with friends, and if it’s more your speed, get out of town for the week to avoid the incoming traffic. But, if you love the Masters as much as we do, then staying in Augusta offers so many opportunities that you won’t be able to get anywhere else.

1. Spring break and time to relax before finals!

For Augusta University students, Masters week signals the beginning of a time dreamed of since the beginning of March—spring break. Finally, we’re able to take a deep breath, have some fun, and catch up on homework before we go full force into finals.

Many famous golfers, including huge names like Tiger Woods, Phil Mickelson, Ángel Cabrera, Vijay Singh, and Rory McIlroy, will, of course, be in Augusta for the Masters.

But for those who aren’t as familiar with the golf celebrities, there are dozens of other celebs that come to spectate the tournament! In the past, Lindsey Vonn, Condoleezza Rice (not only the first black female Secretary of State but one of the first two women admitted to the Augusta National Golf Club), One Direction member Niall Horan, and Anthony McPartlin & Declan Donnelly of Britain’s Got Talent have made appearances, and it wouldn’t be surprising to see them and a few other star-powered faces again!

3. Augusta culture is at its finest.

Everyone in Augusta, from business owners to homeowners, wants the city to have its best foot forward during this exciting time! This means that there is a huge selection of popular local businesses to browse, the flowers are blooming, and there are tons of hip places to watch the tournament and experience the camaraderie in the city during this time of year.

Some of the best places to watch the tournament downtown include Farmhaus Burgers, Southbound Smokehouse, and Solé Grill & Sushi Bar. We could go on but we want to know some of your favorites, too!

From the mayor’s Masters reception, a great start to the week for the whole family, to the ever-popular Rock Fore! Dough concert, which uses proceeds to support Augusta’s First Tee program, there are no shortage of music, dance, and other parties to attend in this week.

Some of the most popular from year to year include ParTee on the Green dance party at Augusta Commons and the Major Rager concert, which has featured bands such as James Brown Band and even former American Idol contestants. Don’t miss these awesome events!

If there’s one thing the Masters is famous for besides, of course, golf, it’s those amazing pimento cheese sandwiches. And if there’s anything better than these sandwiches, it’s the ice cream sandwiches, Georgia peach ice cream between two delicious sugar cookies. And that’s only if you’re at Augusta National itself.

Out and about town, there are no shortage of great local restaurants. Most of the Masters events also have food catered as well, to keep attendees energized while enjoying music and dancing!

What better way to participate in Augusta culture than by adding to your Masters swag collection? It’s rare to find a native Augustan that doesn’t own at least a hat or a t-shirt from the tournament. There are new items added to the selection every year, like the special edition garden gnomes. Some make it a point to collect something from every Masters week that they’re in Augusta.

8. Augusta’s connection to the rest of the world.

Most of the year, Atlanta is Georgia’s claim to fame, but on Masters week, Augusta takes the international spotlight. It’s the chance for Augusta citizens to meet people from many different countries and cultures, hear about their lives, and share the best parts of Augusta with them!

Even if golf isn’t your favorite, Masters week has so much more to offer. Grab your friends, suit up in some Masters gear, and get ready to hit the town on your week off!

College is more than a degree. Experience JAGNation.

Experience what life is like on campus with a student-led tour and information session. We think you’ll love Augusta University (and Augusta, Ga.) as much as we do. Apply today! 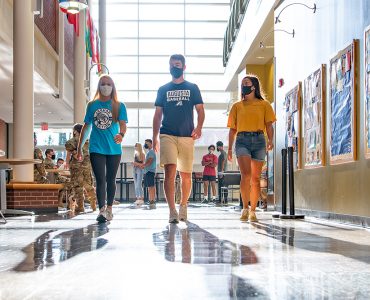 Give Back to the Future of Augusta University during Augusta Gives 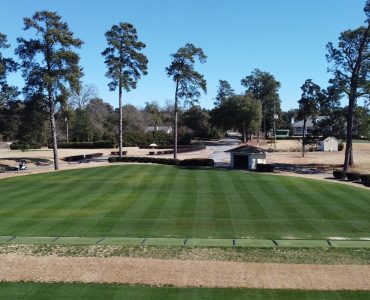 Augusta Attractions & Activities: Things To Do During Masters Week

Augusta University Staff is a collection of talented writers, photographers, students and professionals; all working together to promote and support the amazing impacts and every day wins of Augusta University and the people that make up JagNation.