The College of Science and Mathematics
4 min read 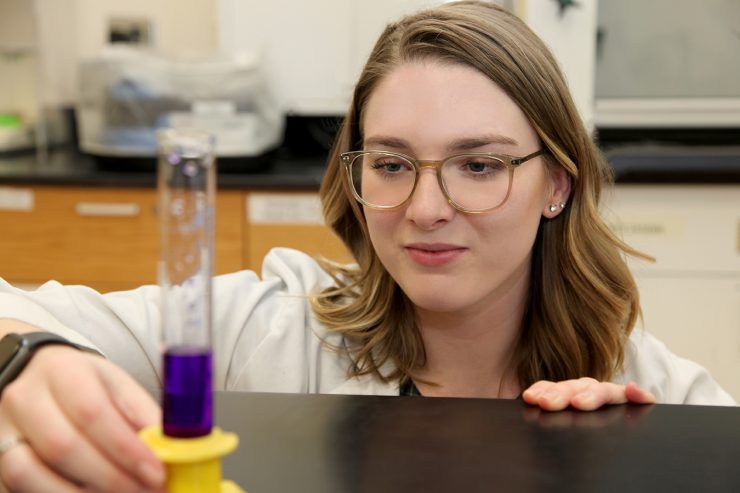 For Kayla Ward, a biochemistry major at Augusta University, community is a big deal. That’s plain to see just by taking one look at her track record.

One of the best places to find your group on campus, Kayla says, is among the people in your major. She chose to major in chemistry because of the prerequisites required for pharmaceutical school but ended up discovering a love for the coursework, as well as her fellow students. “I fell in love with it and just the community that the chemistry department has, and all the professors.”

Her passion for chemistry led to her research through CURS with Dr. Faith Wiley on Avian Vacuolar Myelinopathy (AVM). Essentially, Kayla is examining a specific toxin in certain plants in Clarks Hill Lake to determine whether it causes loss of motor function in birds. “The best way to describe it is ALS for birds. They lose motor functions, to the point of where they can’t swim, can’t survive. So we’re just studying the toxin because there’s not a lot known about it.” Kayla presented her research at the Phi Kappa Phi conference on campus last spring and is doing so again this spring.

Dr. Wiley, Kayla says, is one of the people who inspire her most. “I’ve had three classes with her now and just being able to have her encourage me through not only through different classes—because they were hard classes—but also like through research and just sort of when I hit a dead end to just rethink things.” Kayla also takes inspiration from the life of Marie Curie, one of the first widely-known female scientists.

Over Kayla’s four years at Augusta University, she’s helped develop connections among students through being a part of CREW, Study Abroad Mentors, She’s the First and the Chemistry Club. Even though it’s her last semester, Kayla still participates in Study Abroad Mentors, believing in the importance of encouraging both under and upperclassmen to take advantage of the many Study Abroad programs.

“It’s better to have an idea from a student that’s been on it instead of just your professor saying, you know, “You’ll have fun!” So you get a chance to really interact with students and get them excited about it, even if they haven’t thought about it at all. I came into college knowing I wanted to go, but some of my friends I went on trips with would say stuff like ‘Oh, I never thought I would get to go to Italy!’ It’s a chance to really open people’s eyes to the opportunity that they have to get credit for classes and travel the world.” Kayla has been on the Costa Rica and Italy trips.

And what does she do for fun? “I also have my own jewelry business that I’ve had since high school, and so that’s sort of like my stress reliever. But also the whole purpose of why I make the jewelry is more to make people happy, and to bring them joy through it.” Kayla’s business, Got 2 Love It jewelry, has been up and running since 2013, and she’s continued to expand it throughout her college experience.

With Kayla’s graduation coming closer and closer, she continues to be involved in Study Abroad Mentors as its Vice President. Even as she continues to pharmaceutical school, she says there will always be a place in her heart for Augusta. “I’ve been here all four years…I’m actually from Athens, and everyone was like, why did you come to Augusta?… I wanted to get away and sort of branch off. But I’ve fallen in love with Augusta and the small community that it has.” 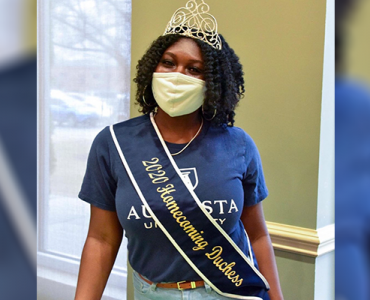 Interview with the 2020 Homecoming Duchess 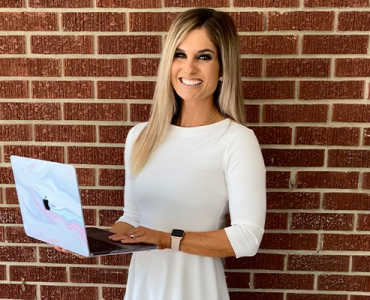 The College of Science and Mathematics

The College of Science and Mathematics provides students with strong foundations in the sciences as well as preparation for careers, citizenship, and a life-long love of learning. We are committed to providing experiences promoting scientific inquiry and discovery and dedicated to creating opportunities for intellectual growth and community involvement.