Wondering what to read? Augusta University English faculty weighs in 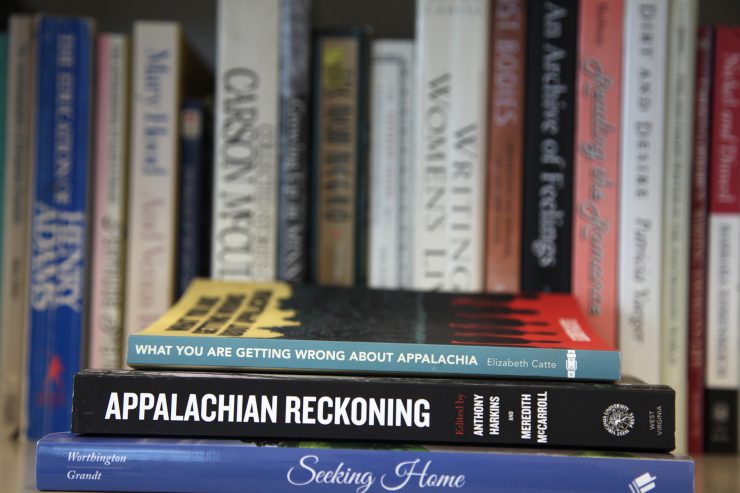 It’s nice to take a little brain break after the semester and not think about anything for a while. Maybe you go to the beach, or catch up on your favorite Netflix shows. But once you’ve done that, you don’t want to let your brain go completely into couch potato mode.

We’ve asked some of our English faculty to recommend some of their favorite books to get your brain engaged! Here’s what they say, and why these books are great reads for college students.

“This is the story of one man’s life told backwards, starting with his death and ending in his birth—as if that life is being “rewound.” The thing is, when a life runs backwards, events and actions that were effects are now causes, and vice versa. The protagonist of the novel is a doctor, and when considered in reverse, doctors hurt their patients, and assailants heal them. In this context people break up before beginning relationships, wars create people instead of killing them—and these are just a few of many reversals in the novel that raise questions about morality, guilt, and the possibility of atonement,” says Dr. Zeiders.

“The first time I read this book I was in graduate school, and I remember being so overwhelmed by the questions it raised that I bothered every professor and peer I could find, trying to get him or her to discuss it with me. And because this is such a provocative book, many obliged!”

“I recommend this book for college students for several reasons. First, I think reading a book as imposing as Crime and Punishment is an accomplishment, and all students should feel like they have accomplished something significant over the summer for its own sake,” Mr. Diehl shares.

“Second, the novel centers on a college-aged former student who—spoiler alert! —commits a murder. I think novels about people in our own age ranges often become favorites because these protagonists can become touchstones for our own development and self-discovery…This novel makes a compelling case for why we need others in our lives at such a momentous time as college.”

This novel has made a personal impact on Mr. Diehl as well. “First time around, I remembered thinking the design of the novel is amazingly intricate and intentional. However, I just re-read it in January, and I found it even more engaging than my first time…The characters are so vivid and kinetic, and the novel devotes huge chunks to dialogue among them. I think the way Dostoevsky balances the intensity of the plot–particularly the investigation of the murder–with the everyday feeling of city life in St. Petersburg is remarkable. This novel makes me think deeply and laugh loudly–not an easy task for a single work!”

“I would recommend this book because it explores what it is like to leave home and form a new identity independent of your family. I think all college students have to go through this process as they figure out who they want to be and what their values and priorities are. Westover comes from a particularly eccentric background, but the lessons she learns as she grows up and attends college are relatable,” Dr. Bond describes.

“I enjoyed this book because of its authenticity. Westover grew up in an isolated, abusive household, and she doesn’t sugarcoat that experience, but she also acknowledges that relationships and family are complicated. She challenges readers to think about what it means to love unlikable people. And she is truthful about how difficult it can be to set healthy boundaries and establish a life for yourself without hurting those you love.”

“Cosmicomics is so delightfully inventive it challenges us to rethink nearly every aspect of storytelling: character, plot, setting, pacing, etc. I encounter a lot of bad or inarticulate writing advice – ‘Write what you know,’ ‘Show, don’t tell,’ Chekov’s gun, Hemingway’s iceberg, etc. –clichés which have been repeated so often they worked themselves into dogma, but Cosmicomics effectively disproves the dogma, showing a writer can create a great story by ignoring or subverting all of those clichés. Plus, it’s very entertaining, and a summer reading should be entertaining, right?”

Mr. Grant’s field, creative writing, was very influential in his enjoyment of this book. “Most of the characters are non-humans – either animals or cosmic concepts – but he presents them with such humanity that it’s hard not to fall in love with them. The plots or semi-plots or plot-like concepts are so radically non-story-like on the surface that they shouldn’t work, but they do work beautifully.”

He also recommends the book to non-humanities majors. “I also think this might have broad appeal to more scientifically-minded students since the whole concept of Cosmicomics is that Calvino, interpreting the term “science fiction” in a more literal sense than traditional science fiction writers, uses scientific facts as prompts to build his stories around… I find the whole enterprise very impressive as a fiction writer, but I’m sure students in physics or biology would also find them fascinating for a different reason – or at least they might get a good laugh out of it.”

“[Both] books deal in some way with our relation to the natural world, and [they] are powerful in their use of detail and scene to get at deep emotions,” says Dr. Minick.

There might even be an opportunity soon for AU students to meet Hogan and hear her speak on campus. “[Hogan is] tentatively coming in October 2019 to AU as part of the Sand Hills Writers Series! So, students and others can get the books ahead of time, read them and then ask questions…when [she is] on campus, plus meet [her] to autograph their books.”

These two novels by the Chickasaw Nation’s Writer in Residence explore aspects of Native American culture and history through thought-provoking character circumstances and depictions.

“In the past few years, Americans have been talking a lot about Appalachia, in large part because of what’s going on in national politics. As is typical in national conversations about Appalachia, the whole region gets reduced to a not-very-flattering stereotype. Appalachian Reckoning gives readers a chance to see how diverse and complicated this region actually is, and because it responds directly to those ongoing conversations, it’s relevant to what students will be seeing in the news. Even better, it includes writers, artists, and scholars from many disciplines, so students can skip from poetry to history to photography to creative essays, depending on their interests. There’s a little something for everyone.”

Dr. Armstrong has a personal connection to this book’s subject matter through her research. “I’ve studied Appalachia for more than twenty years, so I always welcome a chance for people to see how beautifully diverse it is. What I especially love about Appalachian Reckoning is that blends research and scholarship with creative arts and literature. Several of the writers are ones I have long read and admired—including my Augusta University colleague Jim Minick! —and I’ve found some new writers to follow, too.”

“Summer is a good time to try and get through [a] series,” Dr. Hoffman says. “For those who like smart science fiction, Ursula Le Guin is fantastic. Her Hainish novels are independent novels but loosely tied together in the same universe. But each of her novels have an anthropological slant, where she imagines not only other planets, but the complexity of their social systems, the ways in which their moral and cultural values stem from their unique physiologies, environments and histories.

“I recently taught The Dispossessed and find it to be one of the most complex yet engaging science fiction novels I’ve ever read. It too is relevant to today, given its interest in imagining alternative political and social structures to capitalism and liberal democracy, but without picking a side.”

Dr. Spencer Wise: The Story of H: A Novel by Marina Perezagua

“First of all, it’s not an easy read. It’s graphic. Let’s be clear: this isn’t a beach read…It’s gruesome and heart-wrenching, primarily tackling the 1945 bombing of Hiroshima, which leaves our narrator, H, an intersex woman, mutilated and traumatized. The story also touches on lesser-known atrocities carried out in Burma and the Congo. The book is good, however, not because it sensationalizes violence, but because it’s about our narrator’s yearning for an identity in the wake of such trauma.

“The Story of H is unafraid to illustrate a horrifying moment in history after the atomic bomb drops on Hiroshima…Something I try to teach my creative writing students here at Augusta is to write without fear, recklessly, and I think this book is a great example of the audacity it takes to make art. On paper, a book like this shouldn’t really work. It’s full of experimentation (poetic, non-linear, fragmented), but the author pulls it off beautifully…It’s the act of daring that I admire so much, the attempt. I think that’s important, especially for young people. There’s freedom in thinking outside of the box. Lastly, there’s tremendous diversity here…I would hope this appeals to college students, who, among other things, are here in college to develop empathy and broaden their perspective.”

Dr. Christina Heckman: The Lord of the Rings by J.R.R. Tolkien

“Obviously it would be The Lord of the Rings, which I need to re-read soon for Study Abroad UK 2020, with courses at the core and upper-division levels on Tolkien and Lewis!” Dr. Heckman’s specialty in British literature, especially Tolkien, has given The Lord of the Rings a special place in her literary favorites.

“I highly recommend LOTR for college students, partly because it’s fantasy, which I love, and partly because the ethics it promotes are so fundamental to living a fulfilling life in this world. It’s all in there: treasuring your friends and your home place…finding unexpected friends in people you thought were enemies…protecting the natural environment and recognizing the value and integrity of its life…placing other creatures at the center of things instead of yourself…working quietly for the common good without expecting or demanding recognition…having the courage to wait in patience instead of rushing in for what you want…remaining true to yourself…recognizing your limitations…and learning how to listen to others’ voices.”

Augusta University Jaguars transcend disciplines and think critically to solve today’s most pressing problems. Augusta University’s well-rounded education prepares students not only for a better career, but as a destination of choice for the students of today and the leaders of tomorrow. Experience it at augusta.edu/beboundless. 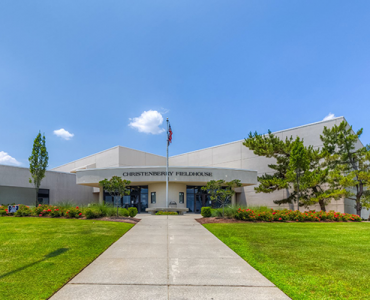 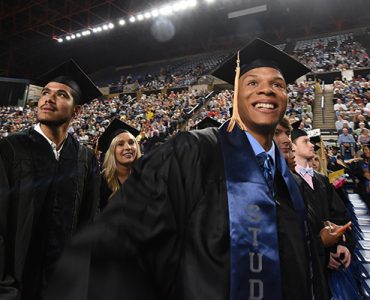 View all posts
6 reasons to consider being an alumni donor